Letter to Our Members

​To all our valued Members,

We hope you are all keeping safe and healthy in these crazy times we are facing right now. We just wanted to touch base with you all to let you know where we stand at the moment as I'm sure a lot of you have questions about your membership fees and our season ahead. We understand that this is affecting a lot of people to varying degrees and it is very scary just not knowing.

The way it stands at the moment, under the directive of Netball Queensland, the season is just postponed, not cancelled, until the 30th June, 2020. There will be a meeting of all the Associations and Netball Queensland on the 8th April to discuss strategies to move forward but at the moment this is all we can work on. We are asking you to please be patient with us until then, when hopefully we will have a bit more direction to work with. In the meantime, please find below a list of ideas to keep your netballer active & engaged in netball:

- Please keep your eyes on our Facebook page where we have been uploading some awesome Netball activities to do in your own home, to keep fit and active and keep up those netball skills.
- Netball Australia have partnered with NetFit Netball to give you sessions and virtual clinics to keep fit and active over this time of isolation. https://netfitnetball.com.au/netfit-clinic/
- Netball Queensland have also just launched their new Inspire Sport App the help bust the boredom and keep you connected with your netball community (https://qld.netball.com.au/news/new-app-now-available)

With regards to refunds, (if the season is cancelled!! Remembering that its only postponed at the moment), firstly we need to understand how your fees are disbursed. From your $300 registration fees, $80 goes to Netball Qld, $90 goes to WDNA (most of this has already been disbursed directly from your payments through MyNetball upon registration) and we are left with $130 as a club. The Netball Qld portion covers player insurance and since players have already taken the court for training, we are unsure whether this portion can be refunded. We will need to receive refunds from these governing bodies before we can issue refunds. We have also already purchased a lot of training equipment, bibs, etc, and paid for the hire of our beautiful new courts which we won't be able to use, from this money, as any club would have done in readiness for the season. We are hoping that if the season is cancelled all together, that maybe we can just hold over the fees for next year.

As for the uniforms, we have already ordered and paid for them. They were due to be distributed a couple of weeks ago but as you know that plan got squished but we have them if you would like to organise to pick them up. Unfortunately, we won't be able to issue refunds at this time.

In summary, can we ask you to just be patient with us for a few more weeks while we try to get a handle on the situation and find out what our options are. Please keep your netballer engaged in netball activities and keeping up their fitness, as outlined above.

I hope you can understand this from a club perspective, but also that we are parents who have also paid their fees. Unfortunately, we are all in the same boat but if we stick together and look out for each other, we will get through this trying time.

IMPORTANT INFORMATION
Regarding the season

Like everyone, the WDNA Netball Community has already been impacted by COVID-19 with our initial decision to delay the start to our season. We would like to reassure our members that the WDNA Board is having regular discussions on how best to support our netball community at this time.

Netball Qld will be meeting on the 8th April with Associations to make decisions based on the current information regarding how we move forward. We will meet shortly after that to propose how we can ensure our members can be included in netball programs throughout the year. We are currently brainstorming a number of ideas on how we can best meet this objective. Of course, at this time we will not be able to formalise these options until we know more.

In an email sent yesterday afternoon Netball Qld advised that the State Age Carnival will be held on 26-29 September. Associations have been given no further information regarding this so please be patient while we communicate with NQ for more details.

Despite these challenging times, we know that health is the most important thing to strive for and what we all need to be focusing on. We’re working tirelessly to get through these tough times so that we can come back bigger and stronger than ever when the time’s right.

Let’s stick together, as the netball community always does, look after each other and stay safe.

The following is from Netball Queensland posted 17/03/2020.  From this advice SLNC are postponing training and all related netball activities until April 21.  Games are set to commence on May 9, but as this is an ever changing event in our history, there may be further changes and setbacks.  With respect to refunds - netball season at this stage is being postponed not cancelled.  We are limited to decisions made by Netball Qld and WDNA and as such we can not refund any amounts of fees paid until such decisions are made.  We appreciate your patience and support at this time and endeavour to keep you well informed.  Here's hoping we see some of our 2020 season...

Thank you for taking the time with reading this important update.
Netball Queensland.

Easter raffle update: unfortunately we won't be able to proceed with the raffle as we aren't able to train until after Easter. Please stop selling tickets & return any money received for tickets sold so far. We will return any money & tickets already handed in & please pm this page if you would like your eggs returned that have already been donated. Thank you & we're sorry for the inconvenience caused.😊 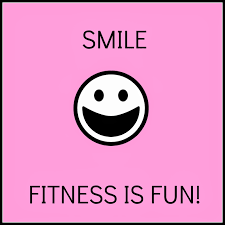 Due to the above notice of all netball related activities being cancelled, we are also cancelling our Saturday netball fitness.  We have posted some activities to keep your netball skills and fitness up.  And the best bit is you can do it from home!  Head over to the Training page.